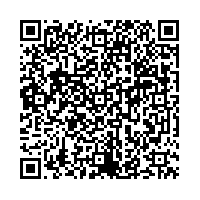 Objective: Bone And Site Hold Tendon Inside (BASHTI) is an implant-less technique that can solve some of the problems associated with other Anterior Cruciate Ligament (ACL) reconstructive methods. This study aims to investigate the effect of core bone diameter variation on the biomechanical properties of a reconstructed ACL using BASHTI technique.

Methods: A number of 15 laboratory samples of reconstructed ACL were built using bovine digital tendons and Sawbones blocks. Samples were divided into three groups with different core bone diameters of 8 mm, 8.5 mm, and 9 mm. The double-stranded tendon size and bone tunnel diameter were 8 mm and 10 mm, respectively. A loading scenario consisting of two cyclic loadings followed by a single cycle pull-out loading was applied to the samples simulating the after-surgery loading conditions to observe the fixation strength.

Results: Results showed that the core bone diameter had a significant effect on the failure mode of the samples (P=0.006) and their fixation strength (P<0.001). Also, it was observed that the engaging length and the Average Cyclic Stiffness (ACS) of them were influenced by the core bone diameter significantly (engaging length: P=0.001, ACS: P=0.007), but its effect on the average pull-out stiffness was not significant (P=0.053).

Conclusion: It was concluded that core bone diameter variation has a significant impact on the mechanical properties of ACL reconstruction when BASHTI technique is used, and it should be noted for surgeons who use BASHTI technique.