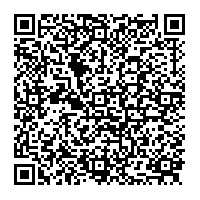 Context: PSARP has been the standard treatment for ARM since the 1980s. PSARP can be done as a single procedure or as a staged procedure (two-stage or three-stage). Two-stage PSARP is a relatively new concept where colostomy and PSARP are done in the same stage, followed by stoma closure as second stage. Two-stage PSARP is a resource effective method, with minimal incidences of wound complications in the management of female ARM.

Aim: To compare the short-term complications and resource-effectiveness of one- stage, two-stage and three-stage PSARP in female ARM.

Settings and design: A prospective comparative study design was used. Seventy-four females were included in the study and randomly assigned to one of three groups (Groups A, B, and C undergoing one-stage, two-stage, and three-stage surgery, respectively). Patients with common cloaca and the children who did not complete all the stages were excluded from the study.

Conclusion: A colostomy has a protective effect in preventing wound complications. Both two-stage and three-stage PSARP have similar results in terms of complications and outcome. Two-stage surgery has the additional advantage of omission of one surgery and lesser duration of hospital stays and follows up.

Anorectal Malformations (ARMs) comprise a wide spectrum of congenital anomalies involving the distal rectum and anus as well as the genital and urinary tracts, affecting both males and females with worldwide incidence of 1 in 5000 live births [1]. It is slightly more common in males than in females. Female ARM is “low” type 90 % of the time. The most common Anorectal anomaly in female newborns is Recto Vestibular Fistula (RVF), the next common anomaly being common cloaca, imperforate anus without fistula occurs in less than 5% of cases [2].

Since the 1980s, PSARP is considered the standard approach for definitive repair of ARM [3]. In female newborns with anomalies other than cloaca, reconstructive surgery can be performed as a single-stage or a multi- stage procedure with a diverting transverse or sigmoid colostomy. It is still under debate if a diverting colostomy provides any benefit when weighed against the potential complications of stoma.

Traditionally, three-stage repair was performed in all neonates with ARM, it had the disadvantage of three operations and high dropout rates after colostomy [4]. We proposed this study to assess and compare the efficacy of one-stage, two-stage and three-stage PSARP in terms of wound complications, complications of colostomy and cost and resource effectiveness.

The present study was conducted on female patients with ARM who presented from November 2020 to November 2021 and was treated by Posterior Sagittal route. A Prospective comparative study design was adopted. Male newborns with ARM, female newborns with common cloaca, pouch colon and patients who died before surgical correction (PSARP) or did not complete all stages of surgery, were excluded from the study.

A total of 78 patients were included in the study. The children who presented without any of life threatening associated congenital anomaly (especially cardiac) and with absence of gross abdominal distension, were randomly assigned to group A, B and C. Group A (31 patients) underwent primary PSARP, Group B (21 patients) underwent two-stage PSARP (PSARP with colostomy at the same stage followed by stoma closure 6 weeks later ). Group C (22 patients) underwent the traditional three- stage surgery (colostomy followed by definitive repair followed by colostomy closure). The children with associated syndromes and who presented with abdominal distension were assigned to group C. The patients with ARM were analyzed and categorized according to the type of malformation by the International Classification of Krickenbeck. All patients were subjected to meticulous clinical examination and routine laboratory investigations. Abdominal ultrasound was performed to exclude associated renal anomalies. Echocardiography was only requested for patients with suspected cardiac lesions.

PSARP was done under general anaesthesia, supplemented by a caudal block for postoperative analgesia. Oral feeding was started after regaining of the intestinal motility in all patients. An indwelling urinary catheter placed at operation and removed after approximately 3–4 days. Wound care was done by irrigation with ciprofloxacin and metronidazole solution and application of povidone iodine and metronidazole ointment. Patients were discharged when full oral feeding resumed with advice on colostomy care.

A total of 100 female patients presented with ARM. 10 patients were excluded from the study as 3 patients died after the first stage and 7 did not come for follow-up after first stage surgery. 16(17.8%) females who had persistent cloacal anomalies were excluded from the study. Therefore the study groups comprised a total of 74 patients. Only one patient with an imperforate anus without fistula presented with abdominal distension and was assigned to group C. Rest of the patients were randomly assigned to group A/B/C. There were 31 patients in Group A, 21 in Group B, and 22 in Group C. Pie diagram showing distribution according to type of Anorectal malformations (Figure 1). Figure 1. Distribution according to type of anorectal malformations.
Note:(

The mean age of the three groups at the beginning of the study was the same; most of the patients were between 0-3 months of age. The age of patients at the time of surgery ranged from 1 day to 2 years. The average total length of hospital stay in Group A was 7.52 days, in Group B was 10.52 days and in Group C was 16.64 days. This difference was highly statistically significant.

Posterior Sagittal Anorecto Plasty (PSARP), described by de Vries and Pena, is the preferred treatment for ARM today. Pena recommended performing a covering colostomy in cases of Anorectal malformation [3]. Some authors have preferred three stages rather than one stage procedure for the repair of female ARM. They stated that the occurrence of perineal wound complications would compromise the functional outcome. Therefore, colostomy has been advised to get the best results [5,6]. However, others argued that one stage repair of female ARM is feasible, safe and has a lot of advantages [7-9]. Selecting the single-stage or multi-stage repair of Anorectal malformation has been a topic of debate for years.

In our study, the most common type of ARM in females was found to be Recto Vestibular Fistula (RVF) in 56.6% of all female ARMs. The perineal fistula was the next common type, present in 24.4% of cases. Imperforate anus has the least incidence, present in only 1.1% of patients. These results were congruent with Stephens and Smith’s paper [10].

The incidence of loss to follow up after colostomy, in our study was 7%, the patients continued to live the colostomy without definitive repair. In developing countries, the increased cost of 3-stage operations has been highlighted in previous articles [10,11]. Our findings are in agreement with the findings of Adeniran [10] that a large number of patients, 50% in their experience, are lost to follow-up after a colostomy. Gangopadhyay et al. experienced that a lot of parents initially refuse treatment only by the thought of three surgeries over a span of 6–8 months [8]. Where possible, a two-stage surgery will reduce the total cost of treatment and hospital stay with obvious benefit both to the parents and the child, provided that the results are comparable with three-stage.

In our study two patients required redo PSARP in Group A. There was no requirement of redo PSARP in Group B and Group C. Although this result is not statistically significant, similar results were reported in other studies. Elsaied et.al, reported that 40% of patients treated by one- stage procedure required redo PSARP while none of the patients treated by two-stage procedure needed a redo surgery and they considered the advantages of one stage in the correction of RVF is overrated [6]. Khalida Shreef, et al. reported that 20.8% in one stage group required redo ASARP while in the two-stage group only one patient (2.1%) required redo operation [5].

Treatment of group B patients involved less operative time and they experienced a shorter hospital stay compared with group C and a statistical significance was found. The duration of hospital stay and total operative time was found to be lowest in Group A. However, if we consider the fact that the rate of wound complications is significantly higher in Group A, we feel that the advantages of one-stage operation are overrated. We also believe that the complications of colostomy are temporary and tolerable if we can achieve a sound operation and a continent child.

The following conclusions were drawn from this study

1. A diverging colostomy is vital in the management of Anorectal malformation to achieve a continent child. Without colostomy, wound complications may result in disruption of the entire repair and functional compromise.

2. Both two-stage and three-stage surgery have comparable outcomes in regard to the wound complications. Two- stage surgery has the additional advantage of omission of one stage, better compliance to treatment, and reduced cost of treatment. Therefore, two-stage PSARP can be encouraged as the standard management of female Anorectal malformation.

Limitations of the Study and Future Research

Further studies are required to compare the long-term complications and outcomes in terms of continence and constipation rate in one-stage, two-stage, and three-stage surgery.