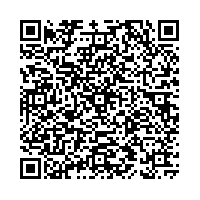 Atherosclerosis is the leading cause of coronary and peripheral arterial disease and research surrounding its treatment using endovascular stents remains an important area of medical research. This paper describes an in vivo rat model for studying the physiological response to intravascular stent implantation. The carotid artery is isolated and retrograde stent implantation is accessed via the external carotid artery and advanced into the common carotid artery. Following this, the external carotid artery is ligated and the rats recovered. Two weeks later, the rats are euthanized and the common carotid artery containing the stent collected and processed to assess the stent impact on the native artery. Future experiments can utilize this model to better understand the process of thrombosis and intimal hyperplasia. In addition, newer stent designs and coatings can also be investigated in a similar manner.

Endovascular interventions, especially stents, have revolutionized the treatment of coronary and peripheral arterial disease over the last few decades. Advancements in stent designs, coating and drug-eluting capabilities have further improved overall vessel patency and clinical outcomes. However, current devices are still subject to the risk of early in-stent thrombosis and delayed intimal hyperplasia causing restenosis or occlusion [1]. These pathologies can lead to detrimental clinical outcomes. As such, newer or improved stent designs remain an important area of research. The study of pathologic processes like thrombosis and intimal hyperplasia requires a realistic model. While larger primate and porcine models may produce physiologic conditions more akin to that of humans, their use in the early stages of bench top research remains economically and ethically unfeasible. As such, rodent models are often employed as the primary model in cardiovascular research [2]. Here we describe a novel rat model with direct retrograde stent implantation into the carotid artery.

Rats were treated in accordance with guidelines of the University of British Columbia (UBC) Animal Care Committee (ACC). Study ethics were approved by the UBC Research Information Systems. All animals were housed at the UBC Centre for Comparative Medicine (CCM) in accordance with ACC guidelines under the direction of licensed veterinarians. Male Sprague Dawley rats with weights 350 g to 550 g (Charles River Laboratories; Sherbrooke, QC) were procured and housed in enriched housing at CCM for at least one week. Rats were given oral acetylsalicylic acid (1 mg/kg) starting the day before surgery until euthanized. Anesthesia for rats was achieved using subcutaneous injections of bupivacaine (2 mg/kg) and buprenorphine (0.025 mg/kg) at induction. Inhaled isoflurane was used during the surgery to maintain adequate anesthesia. Emergence from anesthesia was done by stopping isoflurane. At recovery, rats were given subcutaneous buprenorphine (0.025 mg/kg) and meloxicam (1 mg/kg). Rats were allowed to recover individually under monitor and eventually brought back to group housing once recovered. After surgery the rats were kept on daily acetylsalicylic acid (1 mg/ kg) for two weeks until they were culled. Euthanasia was obtained with isoflurane and CO2 as per UBC ACC standard operating procedures.

We used Nitinol stents (Confluent Medical Technologies; Scottsdale, AZ) with an outer diameter of 0.94 mm, inner diameter 0.79 mm and length of 3.5 mm. The stents were cut from a single nitinol tube with a generic peak to peak design and a strut size of 50 μm twenty gauge Insyte catheters (Becton Dickinson and Company; Franklin Lakes, NJ) were used to generate the delivery device. The needle was removed and the sharp tip shaved and smoothed to create a blunt surface. The catheter was dipped in dichlomethane for 10 s to allow for expansion. The stent can then be loaded into the tubing using fine forceps. After drying the system in the fume hood for 1 hour, the assembly was sterilized. The shaved needle to be used later as a stylet was also sterilized.

The surgical procedures were performed initially under loupe magnification of 2.5 X and later with a 10 x dissecting microscope. Following induction and assurance of surgical anesthesia, rats were placed supine. The ventral aspect of the neck was then shaved and prepped with alcohol. Under sterile conditions, a longitudinal incision was made overlying the neck. Blunt dissection was then carried out to identify the trachea. The left carotid bifurcation was identified. Care was taken to isolate the carotid artery from the vagus nerve. The superior thyroid artery was ligated with two silk sutures and cut to allow better visualization of the external carotid artery. Systemic intravenous heparin (50 IU/kg) was then given through the tail vein and allowed to circulate. The internal carotid and common carotid arteries were controlled with micro vessel clamps. The distal external carotid artery was then ligated using a silk tie. Following this, a small arteriotomy in the proximal external carotid artery was made. The tip of the stent-catheter assembly was then inserted and directed towards the common carotid artery. The stent was then deployed into the common carotid artery while the catheter withdrawn against the stylet. Once the catheter and stylets were removed, correct positioning of the stent was checked before ligating the external carotid artery origin. The vessel clamps were then removed and the circulation restored (Figure 1D). Once hemostasis was obtained, the subcutaneous tissue was closed using 4-0 Vicryl sutures followed by 4-0 Monocryl suture for skin.

Two weeks after stent implantation, rats were euthanized and were perfusion fixed with 10% neutral buffered formalin. Following this, the carotid artery containing the stent were excised carefully and embedded in methylmethacrylate. The tissue preparation was then sectioned to 2 μm slices and stained with hematoxylin and eosin. Analysis under light microscopy was undertaken to examine the vessel wall, stent integrity and intraluminal thrombus.

Forty-seven rats were operated on. Of these, 14 were initially operated under surgical loupe magnification, and 10/14 rats died from surgery, the majority due to respiratory failure or injury to the vagus nerve leading to sudden apnea. Rats have a large salivary gland and initially we placed the skin incision inferior to the gland. By doing so, however, gives poor visualization of the carotid arteries, and we subsequently dissected through the salivary gland for improved exposure. Dissecting through the salivary gland did not lead to late postoperative issues such as hematoma or swelling. The surviving rats all had patent stents. (A to D) show the key steps for stent implantation (Figure 1). After the learning curve of the first 14 rats, we used the dissecting microscope for the other 33 rats. Of these, 3 died within 24 hours (2 from hemorrhage and 1 from respiratory failure). Two rats developed Horner’s syndrome. The surviving rats (30/34) all had patent stents although we noted that at time of necropsy the majority of the stents had migrated distally to the carotid bifurcation. This occurred irrespective of rat size. By histology, most stents were well embedded in the vessel wall and showed a variable neointimal response (Figure 2). The neointima mainly consisted of smooth muscle cells, extracellular matrix and leukocytes. The mean neointimal volume percentage was 19.5% ± 3.6%.

In this study we describe a feasible rat model for analyzing intravascular stent physiology. A similar murine model had been previously described [3]. The benefit of this rat model over a murine one is the ease of the surgical approach given the increased animal size. Furthermore, the larger vessel allows for a safer stent delivery and reduces the risk of intimal damage during implantation. Given that there is a limitation to the thickness of the stent struts, a larger vessel lumen also reduces the stent-to-lumen ratio and thus may lead to less in-stent thrombosis. Previous models have used rodent aorta as the target vessel given the larger size for implantation [4-7]. The benefit of using the carotid artery lies in the ease of exposure and allows the surgery to be completed in 10-15 minutes. Similarly, tissue collection at the termination of the experiment can also be done easily. Accessing through the external carotid artery eliminates the need to make an arteriotomy on the common carotid artery. The latter may lead to carotid and stent thrombosis because of the need to surgically repair the common carotid artery. In addition, the paired carotids can be used to test two different stent types or against a control.

Limitations to this model include the small size of the target vessel. We discovered there was a considerable learning curve especially when only using surgical loupe magnification and would recommend the use of an operating microscope to enhance visualization. Rats are very sensitive to respiratory distress and failure. Dissection around the vagus nerve needs to be done gently or avoided if possible. Trauma to the vagus nerve leads to immediate apnea. Stent migration was very common and careful consideration must be taken when choosing the appropriate stent size and placing it within the carotid artery. The choice of stent size was based on previous reports and we had used a standard stent size throughout the experiments. Migration was unrelated to animal size or weight. A larger stent could have avoided stent migration but may introduce new issues of insertion into the delivery cannula and placement into the common carotid artery. As the rat common carotid artery has an average diameter of 1 mm and length of 30 mm to 40 mm [8]. we were not able to develop a noninvasive method to determine stent patency. Fortunately, most of the stents were patent at necropsy, but earlier recognition of their status would be ideal.

This in vivo rat model serves to bridge the gap between benchtop studies and human trials to test various stent materials, designs, coating as well as modification in physiologic and pharmacologic conditions. There is a learning curve but can be quickly mastered with adequate magnification.

The authors would like to thank the staff at the University of British Columbia Centre for Comparative Medicine for assisting in preparing and executing the experiments.

The authors have no conflicts of interest to declare.

This research was funded by the Canadian Institutes of Health Research (CIHR) and Natural Science and Engineering Research Council (NSERC) of Canada. The authors thank the LMB Macromolecular Hub at the UBC Centre for Blood Research for use of the analytical facilities. The infrastructure facility is supported by Canada Foundation for Innovation (CFI) and the British Columbia Knowledge Development Fund (BCKDF). CCM (Centre for Comparative Medicine) at UBC is acknowledged for facilitating the in vivo study. JNK is the recipient of a Career Investigator Scholar award from Michael Smith Foundation of Health Research.