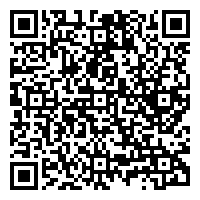 The Ileal Pouch-Anal Anastomosis (IPAA), also known as an ileo-anal pouch, restorative proctocolectomy, ileal- anal pull through, or sometimes referred to as a j-pouch, s-pouch, w-pouch, or an internal pouch in cases where the colon has been removed, is an anastomosis of the ileum to the anus, bypassing the former site It maintains or recovers anus functionality, with faeces passed under the patient’s voluntary control, preventing faecal incontinence and providing as a substitute for ileostomy. The pouch component is a surgically formed intestinal reservoir that is typically located near the rectum. It’s made up of small intes folded into loops. Because UC is only found in the colon, or large intestine, it can be fixed by removing the big intestine and creating a pouch for the patient. Because Crohn’s disease can appear in many different areas of the digestive tract, removing the colon and creating a pouch only relieves symptoms in the large intestine and does not cure the disease. Crohn’s disease most commonly manifests in the last, or terminal, section of the small intestine, also known as the ileum. The surgeons would have to undo their work and create an ileostomy if Crohn’s disease patients had surgery for an ileo-anal pouch. While constructing a pouch is generally thought of as “curing” UC, there are still a number of issues that might occur. While having a pouch is a substantial improvement over having UC or other similar disorders, individuals may still have everyday pains and discomforts as their bodies adjust to the loss of such a crucial organ. Difficulty to sleep through the night, a significantly modified diet, severe and regular gas discomfort, vitamin shortages, and the inability to digest specific meals are all common complaints among patients.

In some circumstances, where the pouch was created to treat colitis, inflammation can return to the pouch in the same way it did in the colon. Sir Alan Parks of St. Mark’s Hospital in London pioneered the surgical process for constructing an ileo-anal pouch (jpouch) in the mid to late 1970s, and details of the surgery were originally published in the British Medical Journal in 1978. The pouch was formerly known as a Parks’ Pouch, but is now more generally known as a ‘Jpouch.’ The Jpouch was created as a replacement for an ileostomy. An ileostomy is a procedure in which the small intestine is introduced through the abdomen and stitched down to produce a stoma in the absence of the colon. Incontinent intestinal waste is deposited into a bag worn by the patient through the stomal orifice. The whole treatment can be done in one slot, although it’s commonly done in two or three. The initial operation (step one) involves a proctocolectomy (removal of the large intestine and rectum) and pouch fashioning when done in two steps. The patient is given a defunct ileostomy for the time being (also known as a “loop ileostomy”). The second step (often referred to as the “takedown”) involves reversing the ileostomy after a period of 6-12 weeks. The temporary ileostomy is used to allow the newly formed pouch to heal completely without waste travelling through it, preventing infection. Because removing the rectum can cause issues with the anal sphincters, some surgeons opt to do a partial colectomy (removing everything of the colon except the rectum). When a colectomy is performed as an emergency (due to toxic mega colon or other consequences), or when the patient is critically unwell, the colectomy and pouch creation are done separately, making it a three-part surgery.