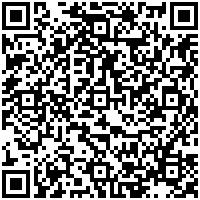 Objective: Chronic calcific pancreatitis is a debilitating disease which requires early diagnosis and treatment in the form of medical therapy, interventional, endoscopic and surgical management. Our study included LPJ as the decompressive surgery which significantly improved the quality of life, better symptomatic relief, improvement in the exocrine and endocrine function of the pancreas with less recurrence rates as compared to other studies. The recurrence in pain was managed interventional with celiac plexus block. Other symptoms require long term follow up and there is constant need to improve the surgical procedures, endoscopic interventions and other form of medical therapy for chronic calcific pancreatitis due to its late presentation, irreversible nature and the amount of morbidity it causes. All the therapies require constant follow up due to high recurrence rates. According to our study decompressive surgery yields the better results as a symptomatic relief. However, there needs to be multidisciplinary approach for the treatment of chronic calcific pancreatitis.

Methods: All the patients of Chronic Pancreatitis admitted to the department of General Surgery at Vydehi Institute of Medical Sciences and Research Institute, Bengaluru during the period of October 2018 to September 2020 who consented for the procedure. Data was collected from a case recording proforma pertaining to patients’ particulars, history, clinical examinations, investigations, diagnosis and surgical procedures.

Conclusion: There is significant improvement in the exocrine, endocrine and symptomatic relief for the patients who underwent decompressive surgeries for chronic calcific pancreatitis with no significant difference between the types of surgeries performed. Hence, in conclusion decompressive surgeries are effective management of chronic pancreatitis after failed medical management in all those meeting, the criteria of operative management.

Chronic pancreatitis is characterized by a varied and unpredictable clinical course culminating in profound endocrine and exocrine gland dysfunction [1]. Chronic pancreatitis is defined as a chronic inflammatory disease, characterized by irreversible, progressive destruction of pancreatic tissue, with dynamic progressive fibrosis of pancreas, leading to progressive loss of both exocrine and endocrine function. Until the 1940s, it was thought to be a rare disease; knowledge of its natural history was fragmentary and it was usually recognized only at autopsy [2]. In 1946 and 1948, Comfort and his associates at the Mayo clinic gave the first comprehensive clinical and pathological description of the disease and emphasized its association with diseases of the biliary tract and also with alcoholism. The publication of these papers led to the clinical diagnosis of increasing number of patients with chronic pancreatitis and to emergence of various surgical procedures for this condition. The second milestone was reached in 1963 during a symposium of European gastroenterologists in Marseilles, where a simple classification of chronic pancreatitis was adopted, that replaced a bewildering array of terms and definitions that existed till then. In a tropical country like ours, the commonest cause for chronic pancreatitis is alcoholism. The disease is prevalent in Kerala and in northern parts of the country. Surgical intervention is indicated for complications of chronic pancreatitis the most common cause for pancreatic pseudocysts5, biliary obstruction and duodenal obstruction) and in carefully selected patients is beneficial in reducing pain [2,3].

The apparent incidence of chronic pancreatitis has increased approximately fourfold over the past few decades, due a broadening of its definition and the inclusion of patients with earlier-stage disease. Symptoms include a pattern of persistent or recurrent attacks of pain along with progressive pancreatic exocrine insufficiency [4]. In later stages, pancreatic endocrine insufficiency also develops due to destruction of the islet cells of pancreas.

There is a relative paucity of high-quality data on the clinical effectiveness of surgical and medical interventions. Optimal management is facilitated by a multidisciplinary approach that includes surgical, endoscopic, and radiological expertise in addition to nutrition, endocrinology, pain management, and psychosocial support.

The purpose of this study is to assess pain relief, the improvement in exocrine and endocrine functions after the decompressive surgeries which are routinely performed in our setting [5-10].

All the patients of Chronic Pancreatitis admitted to the department of General Surgery at Vydehi Institute of Medical Sciences and Research Institute, Bengaluru during the period of October 2018 to September 2020 who consented for the procedure [11-24].

Method of collection of data

• Patients of both the sexes who presented with chronic pancreatitis who consented for decompressive surgeries.

• Patients with failure of medical treatment.

• Patients not willing for decompressive surgeries.

• Patients who are known diabetics before the development of pancreatitis.

• Cases where main pancreatic duct diameter is less than 7 mm were excluded from the study.

Procedure for collection of data

Prior Informed Consent obtained before evaluating each patient. Data was collected on a pre-tested proforma which included: history taking, clinical examination, investigations (as detailed below), mode of treatment, imaging findings [35-40].

Data was entered into Microsoft excel data sheet and was analyzed using SPSS 22 version software. Categorical data was represented in the form of Frequencies and proportions. Continuous data was represented as mean and standard deviation. Paired t-test and Wilcoxon Signed rank test were used as test of significance for paired data such as before and after surgery for quantitative. p<0.05 was considered as statistically significant [41-45].

All the patients who presented had pain abdomen, 16.7% had steatorrhea, 3.3% had jaundice and 53.3% had weight loss as the presenting complaints, which were assessed postoperatively for the reduction of the complaints. Giving it to the loss of exocrine function due to the destruction of the pancreatic tissue and failure of secreted enzymes to reach the intestine due to blockage of the main pancreatic duct in chronic calculus pancreatitis. 96.7% had CCP and 3.3% had CCP+distal CBD stricture which were managed accordingly. All the patients who were diagnosed with Chronic Calculus pancreatitis were included in the study without any complications and one patient who had distal CBD stricture was also taken into account (Tables 1-3).

Note: *There was significant decrease in mean pain score at 12 hrs-1 week, 6 months and 12 months compared to pre op pain score. Signifying the improvement in the symptomatology of the patients after the decompressive surgeries.

There was significant reduction in mean amylase at postop compared to pre-op with right-sided skew pattern which signified the effectiveness of the decompressive surgeries on exocrine function of the pancreas.

Note: *There was significant reduction in mean amylase at postop compared to preop with right-sided skew pattern which signified the effectiveness of the decompressive surgeries on exocrine function of the pancreas.

Mean lipase at pre-op was 138.60 ± 104.64 and at postop was 50.56 ± 74.31. There was significant decrease in mean lipase at postop compared to pre-op with right-sided skew pattern signifying the exocrine function improvement in the postoperative period.

Of the 30 patients who were studied, 20 were males and 10 were females, 46.7% belonging to less than 30 years and 33.3% to the age group of 31-40 years. 46.6% of the patients were alcoholics, 30% of the females and 55% of the males were consuming alcohol before the presentation of the symptoms. Owing to the early presentation and alcohol to the aetiology of the disease. Rest were diagnosed to be CCP due to idiopathic cause, probably genetic. All of them presented with pain abdomen, 53.3% had weight loss and 16.7% had steatorrhea giving it to the exocrine insufficiency and 3.3% had jaundice due to distal CBD stricture. The pain scores 12 hrs. Post-op, 1 week, 6 months and 12 months later was significantly better than pre-op score showing the surgical management decompression of the main pancreatic duct improve the symptoms of the patient significantly.

Endocrine function of the pancreas was assessed preop and post-op in the form of HbA1C which was 9.19 and 8.15 after 6 months which was significantly improved but not eliminated [45,46].

Most of the patients underwent lateral pancreaticojejunostomy with one patient needed Whipple‟s due to Distal CBD stricture as the decompressive surgery. At 6 months postoperatively, 30% of the patients developed pain and 8.7% developed steatorrhea as the recurrent symptoms. For the recurrent pain abdomen palliative procedure in the form of Celiac Plexus block was given which relieved the symptoms.

In selected patients, LPJ and Frey’s procedure have equivalent benefit in short-term pain reduction Patients should be selected for surgery before the commencement of opiate analgesia. Cahen et al., studied endoscopic v/s surgical drainage of pancreatic duct in chronic pancreatitis in 2011 [34]. 39 patients who underwent randomization concluded surgical drainage of the pancreatic duct was more effective than endoscopic treatment in patients with obstruction of the duct due to chronic pancreatitis. Endoscopic drainage procedures are followed by immediate pain relief (complete or partial) in 95% of cases, and the frequency of recurrences (46% after two years) is comparable to that of surgical series (50% after 1 year, 57% to 75% after 5 years) [47-50] a 2015 Cochrane review suggested that for CP, surgery is superior to endoscopy in achieving lasting pain relief, and that early surgical intervention may help preserve pancreatic function. Bowense et al., studied surgery in chronic pancreatitis indication, timing and procedure in 2019 concluded that surgery is the effective treatment for the painful obstruction in Chronic Pancreatitis [44]. Early surgery outperforms conservative treatment and endoscopy.

• Other decompressive surgeries weren’t performed and not compared in the study.

• Other modalities of treatment for chronic calcific pancreatitis like endoscopic, interventional and medical management are not compared in the study.

• Other exocrine and endocrine functions of the pancreas like, CCK, trypsin, glucagon assessment weren’t compared in the study.